Everyone at Capital Law Firm remains truly grateful for the reputation we’ve developed among clients who’ve come to expect a few key differences from our team. 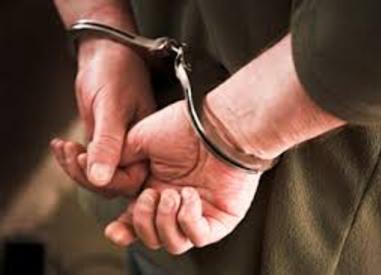 Raleigh Violent Crime Defense Lawyer
The attorneys at Capital Law Firm will fight for your rights if you’ve been accused of assault, disorderly conduct or any other violent crime. Our aggressive and thorough attorneys will challenge the prosecutor’s evidence and seek to have your charges reduced or dismissed. We will also maintain an open line of communication with you so that you’ll know what’s going on in your case.

Assault Charges in Wake County:
Assault/battery are some of the most common violent crimes in the state. Although not specifically defined in the North Carolina Criminal Code, an assault is the act of intentionally putting someone in fear of bodily injury, and battery is an unwanted intentional touching of another person.

Kidnapping means confining, restraining, or involuntarily taking a person from one place to another, in order to hold that person ransom, use him or her as a shield, facilitate another felony, help the accused or another person escape after committing a felony, do serious bodily harm to the victim, terrorize the victim or anyone else, or make them work against their will, including as a sex worker.

If you’re accused of assault, disorderly conduct, obstructing justice or any crime of violence, Capital Law Firm can represent you. We’ll fight for your rights to keep these charges off your criminal record.

North Carolina takes any violent crime, or offense upon a person, very seriously. Violent crime rates can have a large impact on the community as a whole, including economic and social implications. Therefore, violent crimes are not taken lightly by the state's prosecutors. If you’ve been accused of a violent crime, you risk more than jail time alone. You also risk being labeled a “violent criminal,” something that might haunt you in job, housing and loan applications, and even in your personal relationships. An experienced defense attorney can help fight for favorable outcomes, such as case dismissal and not guilty verdicts.

​We're on Your Side